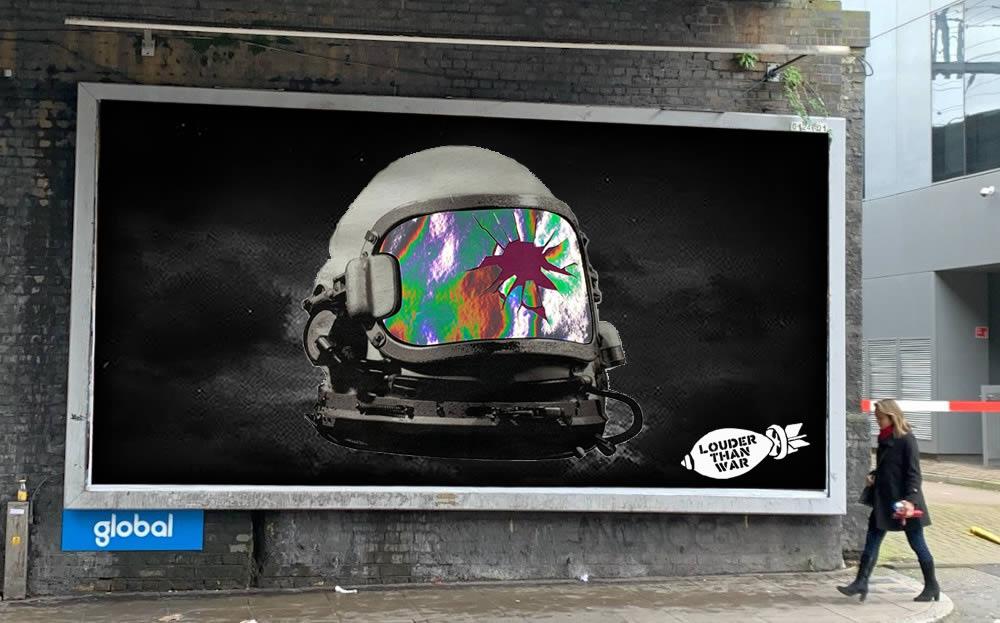 Stronger than the clothes of war

Louder Than War launched their own exclusive clothing collection using their iconic bomb logo as a brand. The website and blog launched in 2009 by Manchester musician, writer and journalist John Robb have developed a range of tops with quirky and controversial designs.

The project, which started in early 2020 just before the lockdown, has drawn collaborators from all of Manchester’s creative industries, including young designers from Manchester Municipal University (MMU). The brand launched the collection above the crowded concert tops market and created a line of Direct to Garment (DTG) printed and embellished tops in a first series of eight designs spread across t-shirts, sweatshirts and hoodies for men and women. All models are unisex and are available in sizes XS to 2XL.

The photo shoot – the video below starred John alongside Martin Mathews, Shea Coates and Lauren Tate, lead singer of Hands Off Gretel aka Delilah Bon!

The complicated printing process involves double printing the tops to enhance colors, overprinting with the design, and then highlighting with signature vinyl, from golden swirls to reflective patches. The result is a unique collection of tops made in a specialist factory in Manchester.

Speaking of the development during the photoshoot, John Robb said:

“It’s a Manchester-based company, designers and website. Not that we are nationalists about the city we live in, but we want to work locally. In a time when nothing is happening, everything is broken and everyone is really stuck, it’s good to be positive and try to make things happen ”.

All garments are branded Louder Than War with designer signed swing tags and woven neck tags. 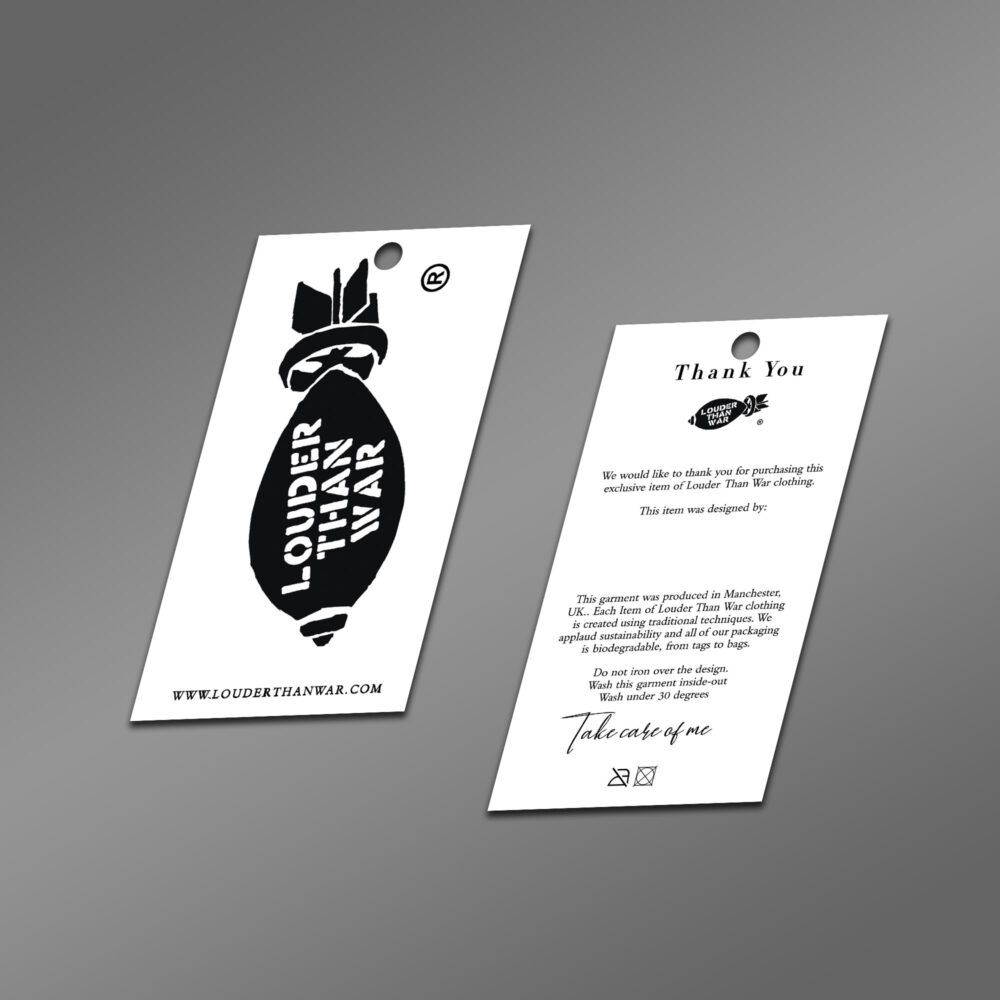 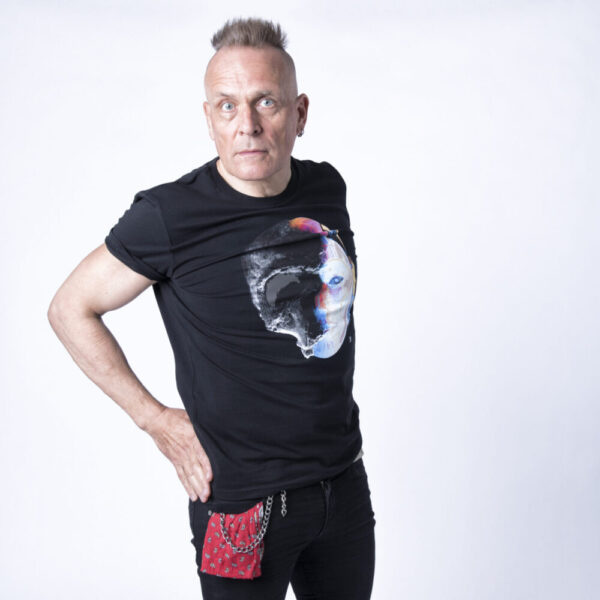 True to its punk ethic, that of the model “Now We’re in Trouble” is distinguished by a descending bomb with the word “Fuck” scrawled on the side. 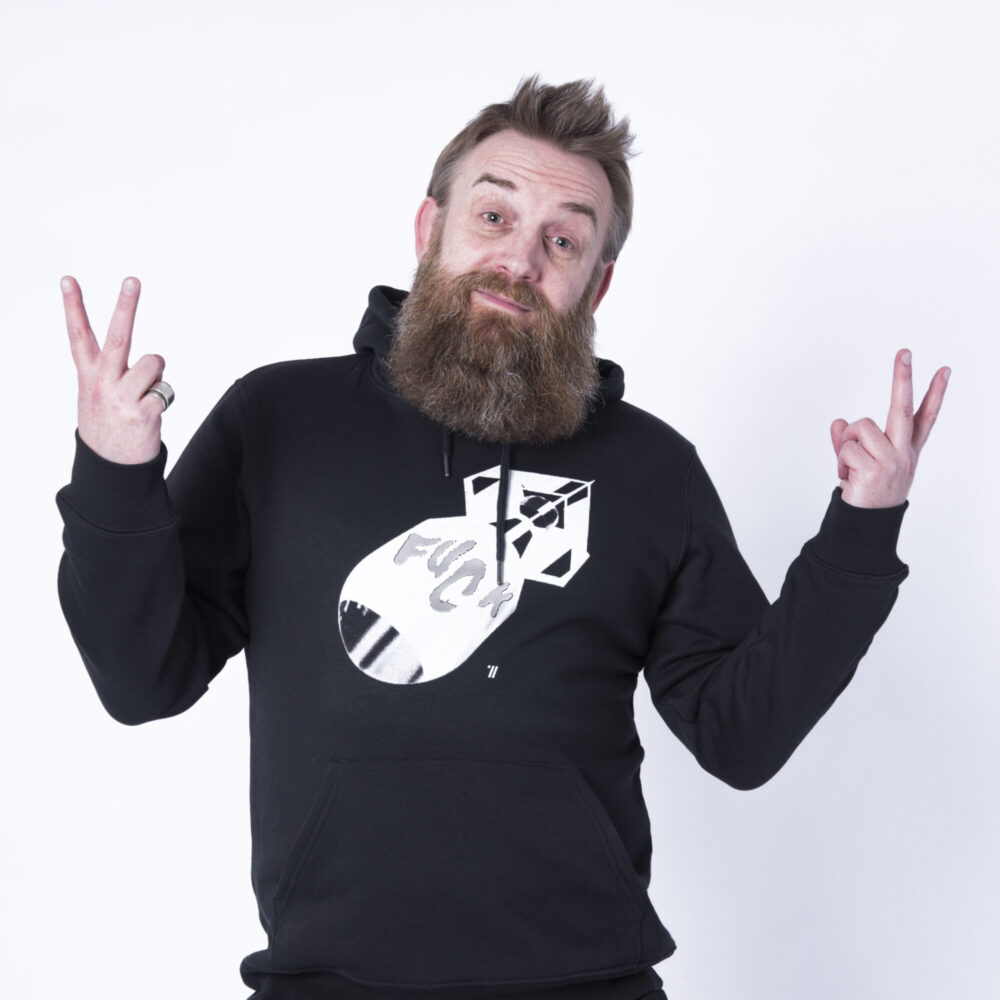 “At Least Dick Turpin Wore a Mask” features the legendary masked highwayman with a hat, belt and gold coated horse hooves. “CCCP Dilemma” features a cracked Russian space helmet with a shimmering silver visor, which changes color when it picks up light. 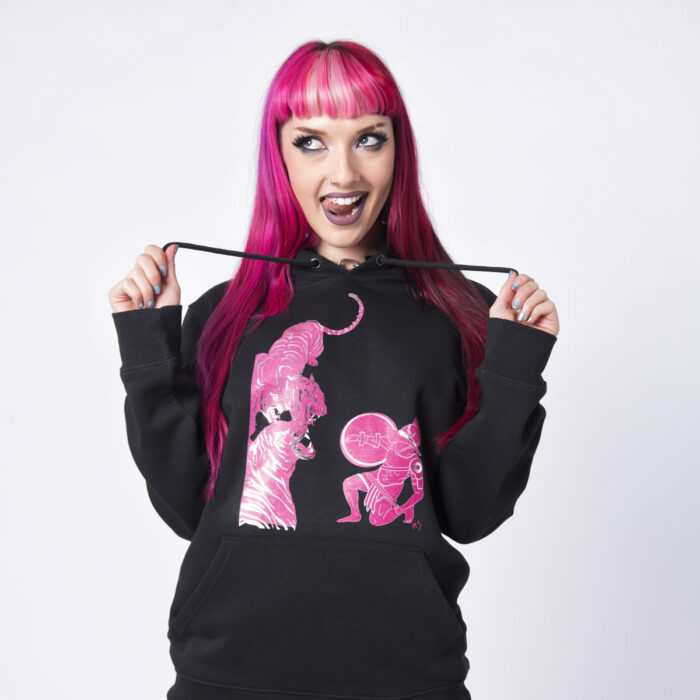 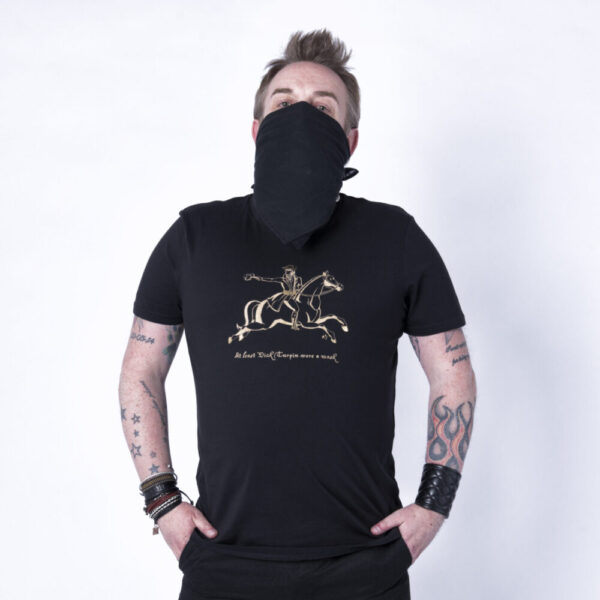 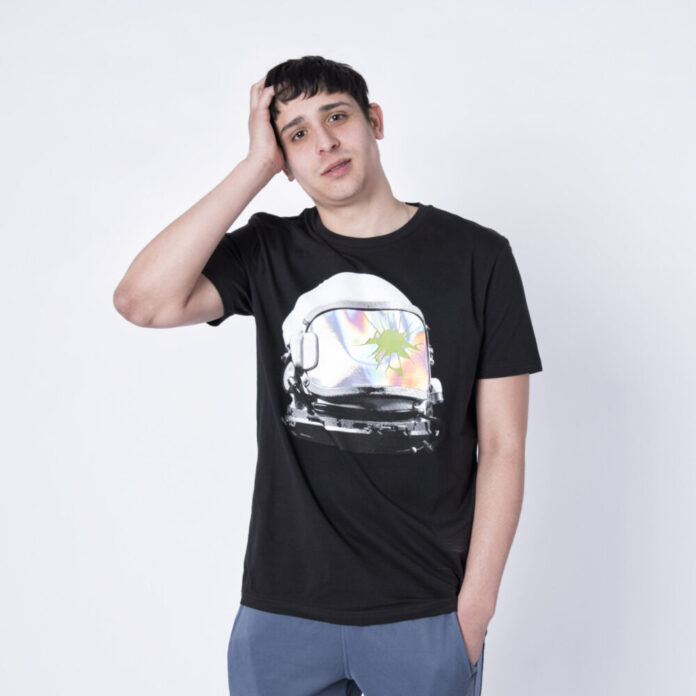 The collection is available exclusively in the Louder Than War store now with 10% off first orders!