The Belt and Road dollar problem 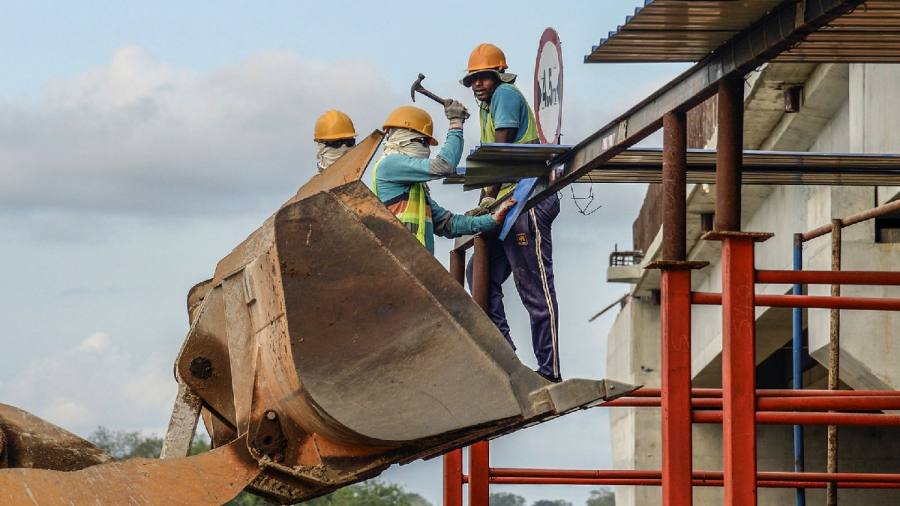 Updates to the Belt and Road Initiative

Subscribe to myFT Daily Digest to be the first to know about Belt and Road news.

When China first unveiled its plans to link more than 65 countries along a modern Silk Road in 2013, the project was met with great fanfare. The Belt and Road Initiative (BRI), as it was later renamed, was originally greeted as “the most ambitious economic and diplomatic program since the founding of the People’s Republic”. Beyond the promise that it would help make China a high-income economic powerhouse, Chinese officials have also touted the BIS as a vehicle for turning the country’s currency into a global currency.

Five years later, the renminbi has not made much headway as an internationally recognized unit of account, medium of exchange, or store of value – the three functions that a global currency must perform. In fact, the majority of BRI projects are not even funded this way. Like most global transactions, the dollar dominates, naturally limiting how revolutionary the BIS can be.

In recent years, the Chinese authorities have made concerted efforts to promote the international use of the renminbi. Since 2009, China has sign over 30 bilateral currency exchange agreements with a wide range of countries, from Argentina to Nigeria. This year, Chinese regulators have loose rules for foreign commercial banks to operate on the mainland. And just last week they also expanded more licenses to western banks to guarantee sales of renminbi-denominated bonds by foreign companies.

The renminbi’s most notable success came in 2016, when the IMF officially welcomed it to its elite club of world reserve currencies after years of lobbying from Chinese officials. With its inclusion in the Fund’s Special Drawing Rights (SDRs) basket, the renminbi now sits alongside the dollar, euro, pound sterling and Japanese yen.

But despite these advances, the international reach of the renminbi has not changed in recent years. According to some measures, it has even decreased.

As of August 2015, the renminbi was the world’s fifth most active currency for domestic and international payments, with a share of 2.8% according to SWIFT. In 2016, he had slipped from a lunge to 1.67 percent. In October, it remained in sixth place, with a share of 1.70 percent. The dollar, on the other hand, has maintained its predominant share in national and international payments at around 40%:

Even in China, the use of the renminbi to regulate trade has declined. Today, only 13% are denominated in renminbi. Three years ago it was roughly double.

And when it comes to international bond issuance, the Chinese currency has also lost its luster. Here’s a chart by David Lubin of Citi showing the decline since 2015. Today, less than $ 8 billion in renminbi-denominated bonds are issued each quarter, or roughly $ 30 billion per year:

This poses quite a problem for the BIS. Given the renminbi’s limited reach as a global currency, entrepreneurs have generally preferred dollars in exchange for their work in building roads, bridges, ports and more for the initiative. To meet this demand, China has billions drawn from its massive stockpile of over $ 3 billion in foreign reserves to replenish the coffers of its “political banks”, which then help finance various BIS projects.

But China only has a certain number of dollars. And without an “infinite supply”, warns Lubin of Citi, the country “lacks an infinite capacity to achieve its goals.” This means that there is an imposed limit on what China can achieve with the BRI. If the renminbi were a global currency and the BIS could be fully funded in the currency, the government could technically print the renminbi as it saw fit. Instead, the BIS is tied to something Beijing does not directly control.

This “dollar constraint,” as Lubin calls it, becomes a much more pronounced problem if China’s current account, which measures goods and capital entering and leaving the country, goes from a surplus to a deficit:

If China needs the rest of the world’s dollars to fund itself, that could mean it is less easy for Beijing to accumulate the dollar resources it needs to fund projects in the BIS.

As Brad Setser of the Council on Foreign Relations points out in a recent blog post, China’s current account is “much closer to balance than it has been in the past”, mainly due to a resumption of tourist outflows:

Thus, China may soon begin to feel the effects of this “dollar constraint” and will have to reconsider its most ambitious of its BIS aspirations.

Other countries have started to do the same, but for different reasons. A handful of once consenting partners have since uncluttered proposed BRI projects and even discarded those underway in fear that the historical infrastructure and commercial push might be a debt trap. Chinese officials have spent great effort in recent months to convince them otherwise.

Even President Xi Jinping himself has rallied to the cause. In the wake of Malaysia’s cancellation of construction on a China-sponsored rail project in September, Xi assured attendees of a conference honoring the fifth anniversary of the BIS of the following:

The Belt and Road Initiative is an initiative of economic cooperation, not a geopolitical or military alliance … It is an open and inclusive process, not of creating exclusive circles or a Chinese club.

Or a global currency, it seems.